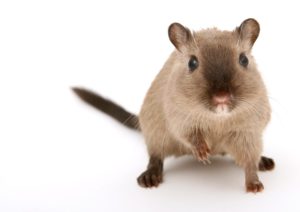 World Day For Laboratory Animals (also known as World Lab Animal Day) is observed each year on the 24th of April.
It is not a secret that a large part of the knowledge we have today on the physiology, pathology, immunology, microbiology and pharmacology is derived from animal research.
For ethical reasons scientists are obligated to follow certain guidelines to reduce the number of laboratory animals as well as reduce their suffering.
Most scientists and governments state that animal testing should cause as little suffering to animals as possible, and that animal tests should only be performed where necessary. The «Three Rs” (Replacement, Reduction, Refinement) are guiding principles for the use of animals in research in most countries.
Universities, pharmaceutical companies and research institutes worldwide show that they stand for open and transparent communication about animal research. Most of them are committed to work for a public dialogue between science and society about why, when and how animals are used in research and about their important contribution to scientific and medical development.

GCT is one of founding members of Pharma Innovation Excellence (PHINNEX) which promotes the research collaboration opportunities of Central and Eastern European CROs and academic research centers.