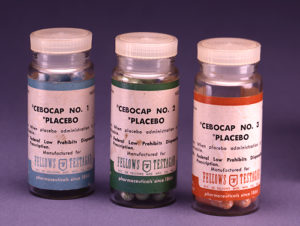 The 2nd Annual NPD summit was held in Boston, July 23-25. The major topic was the high placebo response rates in the U.S. population compared to the Eastern European population in Schizophrenia and Bipolar studies.

Recently, Intra-Cellular ran two identical studies in Bipolar Depression. The 401 trial was entirely conducted in the U.S. and did not meet the primary endpoints due to the high rate of placebo response. Intra-Cellular announced the positive top-line results with significantly lower placebo response rate for the 404 trial, which was conducted globally with the majority of patients recruited in the Eastern Europe.

Another global study in Schizophrenia was conducted by ACADIA Pharmaceuticals and showed consistent improvement in psychotic syndromes, despite the fact that it failed to meet the primary endpoints. However, the analysis done by region showed consistent positive results for the European population including patients from Bulgaria, Czechia, Hungary, Poland, Serbia, Ukraine and Russian Federation.