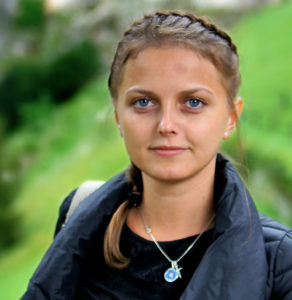 Irina joined GCT back in 2012 as a corporate lawyer. Being originally from a very different field, — her first degree is in Roman linguistics and she served as a French language teacher at a school at one of the leading Pedagogical Universities in St. Petersburg, Russia, — in 2009 she decided to become a lawyer. Before Irina started her career at GCT, she already had 4 years of prior experience and law school behind her. She went through several trainings for non-clinical CRO professionals and acquainted herself with the industry very fast. Irina’s managerial mindset and composure contributed to a rapid promotion to a deputy director of the GCT Russian office. As a corporate lawyer, Ms. Ryzhkova performs legal control of corporate activities and as a Deputy Director she oversees and assures smooth functioning of the staff and departments at the company’s biggest office in Central-Eastern Europe. Irina is involved in the most important company processes such as study set up in terms of site contracting, financial planning and control during the projects, as well as activities within the Human Resources field.

I stepped into the world of clinical research for the first time a little over four years ago when I joined GCT. What I have come to appreciate most is the people who I work with and the environment, which encourages self-development and achievements, personal and professional growth. It’s an honor to be the part of our great team!

Irina is based in St. Petersburg, Russia and dedicates her free time to her family and travel. She is fond of photography, plays tennis professionally and likes mountain skiing. She speaks French and English fluently.