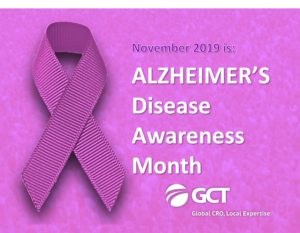 Alzheimer’s disease is the most common form of Dementia. The number of people affected by it has recently increased dramatically. It is especially high in the countries with aging population, and the elderly are at the greatest risk. However, sometimes the disease affects people as early as at their 30s. Although, the most common symptom is memory loss, other aspects of cognition such as reasoning and comprehension can decline as well.

Although there are medications that help manage Alzheimer’s, the is no cure for the disease today. To lower the risk of having Alzheimer’s Disease, doctors recommend implementing a balanced diet, exercising regularly, having sufficient social interactions and keeping your brain active. The later can be achieved by learning a new language, doing crossword puzzles, playing board games or simply reading.

Over the past few years significant progress has been made developing the drug against Alzheimer’s. New valuable data have been obtained, and a few companies have launched promising clinical trials. GCT President, Dr. Jeffrey Apter is a KOL in the CNS therapeutic area specializing in Alzheimer’s Disease, and he has 40+ years of practice in Neurology and Psychiatry. As Global Clinical Trials focuses on CNS studies and Alzheimer’s studies in particular, we especially look forward to the future with the cure for Alzheimer’s Disease developed.